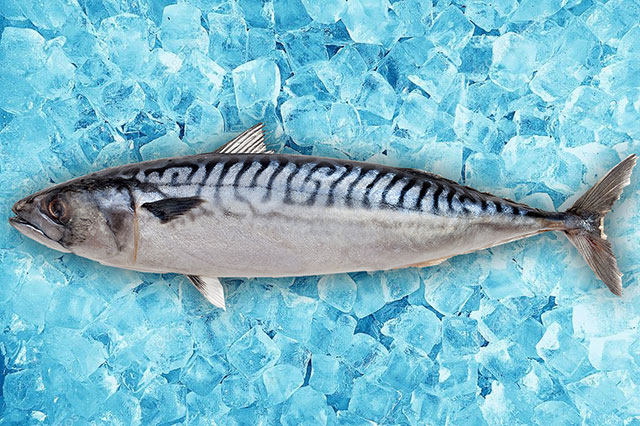 Atlantic mackerel have a slender, streamlined body that narrows considerably toward their tail, which is strongly forked. Their coloration is metallic-blue dorsally, becoming a lighter silver on their flanks, and silvery-white on their underside. They are distinguished by a pattern of wavy, dark vertical bars that begin on their dorsal surface and end on their mid-flanks. Atlantic mackerel grow to about 40 centimetres and weigh up to 800 grams. Can live up to 15 years old and more in some cases..

Atlantic mackerel are a marine fish found on both sides of the Atlantic Ocean. In the western Atlantic they range from Newfoundland and Labrador to Cape Hatteras, North Carolina. In the east they occur from Norway around the British Isles to Portugal, as well as in the Mediterranean Sea and Black Sea. Atlantic mackerel are schooling fish, usually spending their time close to shore.